Good news- the New York Times solved income inequality. Well… not really. But they did publish an OpEd titled “Our Broken Economy, in One Simple Chart.” This chart (a) not simple and (b) does not explain the broken economy. It’s a chart that showed percentage of wage growth by income percentile in 1980 v 2014. We’ve reproduced it below 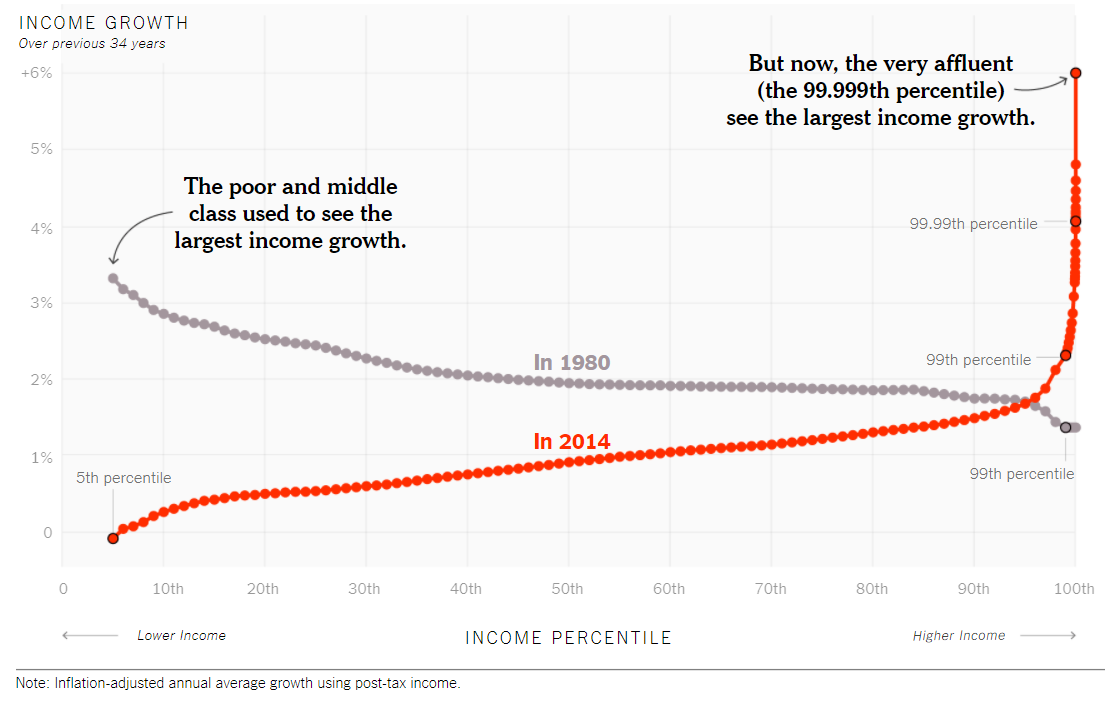 Despite income inequality being a hot button topic these days- the discourse surrounding it is paltry, and frankly, we should be embarrassed as a country. In that spirit, here are five thoughts on inequality that’ll make you look smart at cocktail parties.

Whatever you think about inequality, avoid mono-dimensional explanations & solutions at all costs. Nothing as complicated as the modern US economy can be explained “in one simple chart.” I hope that these primers and the accompanying further reading will better prepare you to discuss this issue in a productive manner.

This seems like it should be obvious- but it often seems to be lost on the discussion.

The 1% (and all income percentiles) Are Cyclical.

The Wealthy Already Pay A Lot of Taxes 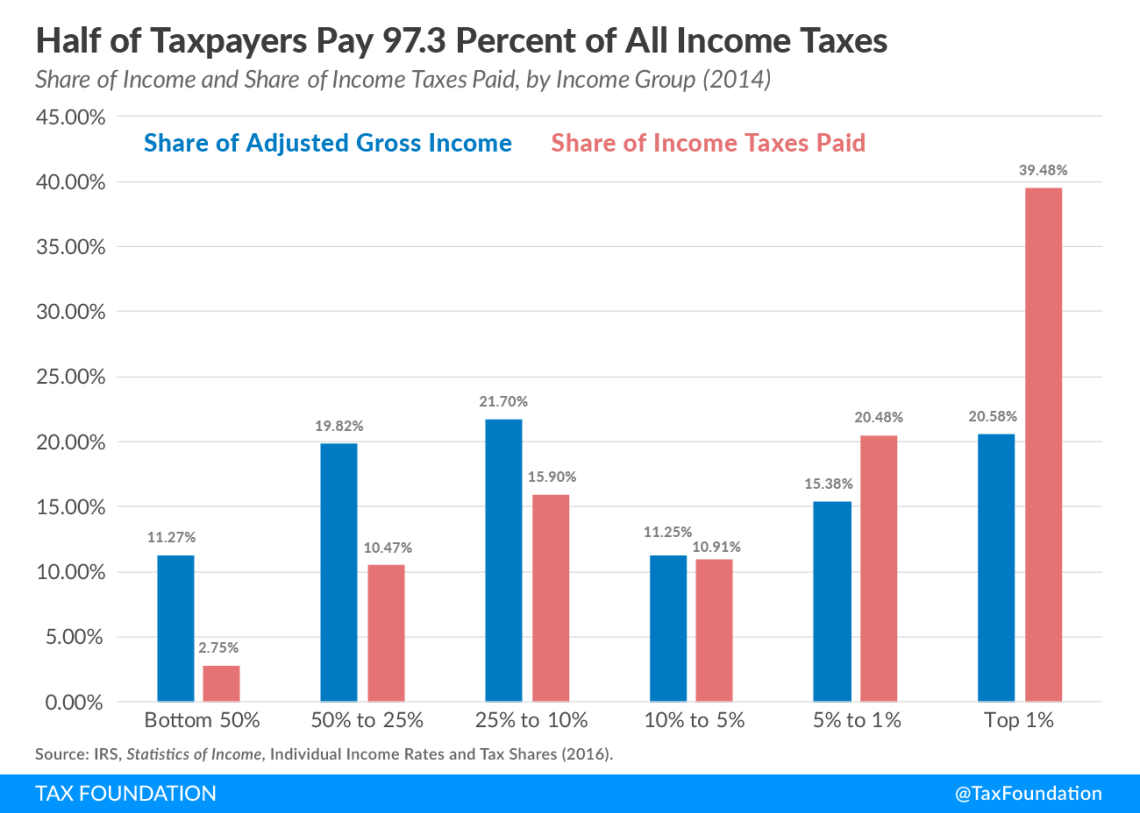 As with above, the question regarding taxation is: “how much is a ‘fair share’?”

Many discussions about income inequality are structured around statistics that are derived from pre-tax earnings. This is useful to study for academic purposes but confuses the public discourse. The United States has several generous redistributive & social welfare schemes, as well as a very progressive income tax.

If you’re looking at pre-tax, pre-transfer earnings, then no amount of redistribution is going to shift that. The numbers more relevant to the policy discussions are post-tax, post-transfer. That means after the wealthy have paid their taxes, and the poor have received welfare, housing assistance, Medicaid, etc.- what is the level of inequality then?

The chart from the NYT is using post-tax, inflation adjusted wages, and doesn’t specify if it’s pre or post transfer. The numbers, however, would lead me to believe that it’s pre-transfer.

If your preferred public policy approach to income inequality is to tax & redistribute your way to equity, then using the post-tax, post-transfer figures is critical.

To contradict what I said above- the post-transfer inequality doesn’t tell the whole story. Taking money from high-income earners and giving it to low-income earners masks a structural problem with the economy- that there are increasingly few employment opportunities in low-skill, low-education jobs. Nearly all of them have been or will be replaced by automation. The manufacturing jobs which created the American middle class are gone, and they’re not coming back.

In some ways this is good- most western economic growth is fed by the IT boom, and we’ve perhaps never been better at finding talented, intelligent people from any background, and making them wealthy. America is more meritocratic now than it’s ever been.

The problem however with meritocracy is that it leaves the unmeritorious behind. Those who can’t compete in a high-tech economy or those whose skills are not easily monetized are faced with low wages and a sparse job market. What to do about that as our workforce becomes more highly specialized & automated is one of the hardest problems we’ll likely ever have to face.

Published by B. Illis

View all posts by B. Illis